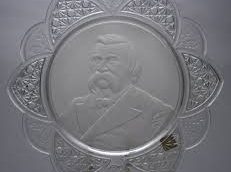 During the last 19th century and early 20th century, pressed glass was extremely popular throughout the United States. As the name suggests, this was made through a process in which molten glass was pressed into a mold to create a raised decoration. Pressed glass manufacturing dates back to the 1820s in the United States, as […]