Do You Own Any of these Valuable Batman Toys? 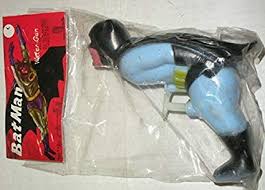 When Batman toys began picking up steam in the 1960’s, they took the world by storm. This was particularly true once the Batman television series hit the airwaves in 1966.

While many Batman toys have been manufactured over the years, some are more valuable than others. And when we say more valuable, we really mean it. Some of these toys are easily worth hundreds or thousands of dollars.

Here’s a list of 10 of the most valuable Batman toys, along with a basic idea of how much they’re currently worth:

Do you remember playing with any of these Batman toys in your younger days? Do you still have some of these laying around your home, perhaps in your basement or attic? If so, it’s time to take them out for a closer look.

And of course, if you’re looking to add to your Batman toy collection, don’t hesitate to shop online and at local estate sales. You never know when you’ll come across a toy that completes your collection!

3 Things to Look for When Collecting Baseball Jerseys

Stamp Collecting: Have Fun With Your Children

The Most Valuable Marvel Comic Books of All-Time