NASA Collectibles: There are Many to Choose From 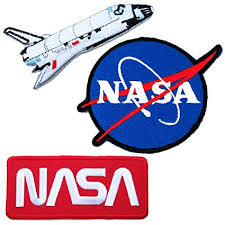 If you’ve been keeping one eye on the news, it’s safe to say you’ve come across a story or two about the 50th Anniversary of Apollo 11.

NASA collectibles remain hot, with this most recent anniversary giving the industry a nice boost.

It doesn’t matter if you’re starting your NASA collection or adding to it, there are a variety of collectibles to consider. Here are a few of the most common:

·      NASA patches: The main NASA patch, the one most people are familiar with, was rolled out in 1959. It was followed up by a redesign in 1992. While either of these patches makes a great collectors item, don’t overlook those associated with specific missions, such as flights of the Mercury, Gemini, Skylab, and Apollo.

·      Lunar meteorites: You may never step foot on the moon, but that doesn’t mean you can’t own a part of it. A lunar meteorite is one that originated on the moon, making it extremely collectible. While these meteorites are rare, there are enough going around that you can purchase a piece for $100 or less.

·      Space artifacts: These are among the most unique items, as they’re typically associated with anything that’s flown in space. For example, a tool or training manual that was used during a particular mission.

You never know what you’ll find when you begin your search for NASA collectibles. Do you remember the story of the NASA intern who purchased three bundles of magnetic videotape, including a broadcast of Neil Armstrong and Buzz Aldrin taking their first steps on the moon? The intern spent $217.77 on the tapes in 1976. Today, they hold an estimated value of more than $1 million.

If you’re interested in adding to your NASA collection, start with the items above. And of course, keep your eyes open for those that are unique!

Listen Up Video Game Collectors: These Games are Extremely Valuable

One of These Old School Toys Could be Worth Good Money

The Most Valuable Lego Sets