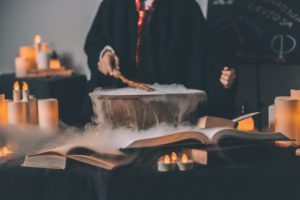 Did you grow up in the 90s? Were you raising your children during this decade?

If you answered yes to either question, you’re well aware of the many toys and other kid-related items that made their way to market.

While the majority of these items are worthless today, some hold a lot of value. And by a lot, we mean tens of thousands of dollars.

Here’s a list of some of the most valuable toys and related items from the 90s:

•    Harry Potter first edition: A book may not be a toy, but if you have one of these in your possession it could fetch up to $50,000. Imagine that!

•    Barbie dolls: Even though most of the Barbie dolls from the 90s were mass-produced, some are still worth a nice chunk of change. For example, a Pink Splendor Barbie in good condition regularly sells for $500 to $1,000.

•    Beanie Babies: Just as quickly as these stuffed animals took off, they became obsolete. However, some of the more rare Beanie Babies are worth up to $50,000.

•    Original Furby: Do you remember when this was the big holiday toy? If you have an original Furby – especially one that’s still in the box – it could score you somewhere in the neighborhood of $1,000.

•    Pokémon cards: Just the same as Beanie Babies, this craze quickly died off. However, some cards in excellent condition are still worth a small fortune. For example, the Pikachu Illustrator card sold for almost $55,000 a couple years ago.

So, before you part with all those old toys from the 90s, take the time to learn more. You may find that you’re better off selling them than throwing them in the trash.