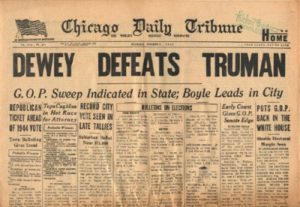 Like most people, you read the newspaper, throw it in the trash, and never think about it again.

Before you do this, it may be a good idea to consider if it could have any historical value in the future.

Here are seven historical newspapers that are worth anywhere from $200 to $2,000:

Maybe you have some of these old newspapers – among others – hiding in your basement or attic. Or maybe you have one or more hanging on your wall as a historical memento.

If you enjoy collecting old newspapers, these seven are a perfect addition to your collection. In addition to shopping online, search local estate sales for hidden gems.

And of course, don’t be so quick to trash your newspapers in the future. Holding onto historically significant editions could make you some money in the future.

Stamp Collecting: Have Fun With Your Children

The Most Valuable Hockey Autographs: Add These to Your Collection

What are the Most Valuable DC Comic Books?