Do You Own Toys that could be Worth a lot in the Future? January 2, 2020 Elkan

Do you remember those toys from your childhood that are now worth hundreds or maybe even thousands of dollars? And do you remember how your parents tossed them in the trash or gave them away, perhaps leaving them to be someone else’s treasure? As a collector, there’s nothing worse than knowing you once had something […] 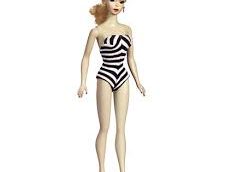 These Toys from Your Childhood are Worth a Bundle September 5, 2019 Elkan

Hummel figurines started appearing in Germany in the early 1930’s after Frank Goebel and Sister Maria Innocentia came up with the ideas and sketches for the little collectibles. These little porcelain people became the heart’s desire of many as novelty stores across the country began to sell them during the war. After WWII, Hummel figurines […]

Antique and collector toys are easy to find at many of our estate sales because they are something that usually are put in box in the garage after not being played with for years. They are the memories of years past and youthful innocence. Toys like porcelain dolls and collector cars are often worth the […]