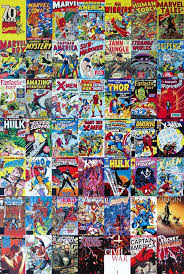 Founded in 1939, Marvel Comics has brought to life some of the most well known characters of all-time. They include the likes of Spider-Man, Captain America, Black Panther, Iron Man, Bulk, Wolverine, Ant-Man, and Deadpool.

While you can catch many of your favorite Marvel Comics characters on the big screen, there’s another way to enjoy them: comic books.

Comic books are not as popular today as they were in the past, but that shouldn’t slow you down as a collector. Many early editions are worth big money, with these among the most valuable:

It doesn’t matter if you’re searching for one of these comic books or one that’s less valuable, the condition is extremely important.

While a mint or near mint comic will sell for top dollar, one in average or poor condition isn’t worth nearly as much.

If you’re a big Marvel Comics fan, it may be time to start or grow your memorabilia collection.